Short Journeys is the latest eBook from Abbott ePublishing and it's a remarkably versatile collection of flash fiction stories featuring strange abilities, and how the protagonists deal with them, stories of the paranormal and otherworldly, time travel, and (a favorite subject of the author) people who can live for an extraordinarily long time (hint: it’s not as much of a blessing as one would think.)
You’ll also be treated to a mystery for you to solve and more than a few that plumb the depths of human terror.
Most of these 18 works are “Flash Fiction” stories, here defined as constituting stories of either exactly 500 or 750 words in length.
But as a bonus, a short-short story, The Cell, is included an appendix. It is a bit longer than the others, and is set to be adapted into an upcoming novel.
We hope you enjoy this collection, the first fiction selection by Stephen Abbott, published exclusively by Abbott ePublishing.
Offered for the rather incredible introductory low price of $3.99
Offered in Adobe .pdf and Mobipocket editions. Kindle-ready, readable on most handheld devices.
Buy here: http://www.abbottepub.com/fiction.html
TWEET THIS
Posted by Stephen at 9:19 PM No comments: 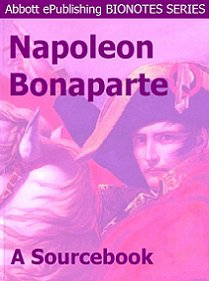 An epic man deserves an epic book. In this case, an epic eBook.

This 145-page eBook features contemporary and 20th century biographies, an extensive collection of quotations, several famous paintings and etchings, and a selection of rare poetry about Napoleon Bonaparte, a man who stormed into history and onto the world stage with military genius, political flair and with violence in the late 18th century and changed the face of Europe forever.

This awesome eBook is available exclusively at Abbott ePublishing for a low price, just $2.49! (For a very limited time.)

Great for history students or just students of history, this may be the first eBook that you treasure as if it was a leather-bound volume.

Buy here: http://www.abbottepub.com/history.html (Available in .pdf format. Kindle-ready. Readable on your desktop or laptop with a free eBook reader from Adobe.)
Posted by Stephen at 5:28 PM No comments: 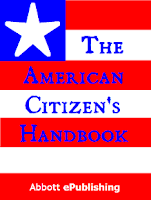 Compiled by Abbott ePublishing, The American Citizen's Handbook is a remarkable patriotic collection of American-themed poetry, music, and historic documents is a "must-have" for any American citizen or those seeking to become one.

The work is based loosely on the remarkable (and remarkably conservative) 1941 National Education Association handbook of the same name. It has been widely praised for its patriotism and optimism and for its usefulness as a reference work for teachers. It would be a great resource for homeschoolers, as well.

This inexpensive eBook features 170 pages of text and illustrations.

A gem to have in your computer or handheld device, this eBook is affordably priced for maximum distribution.

Buy here: http://www.abbottepub.com/history.html (Available in .pdf format. Kindle-ready. Readable on your desktop or laptop with a free eBook reader from Adobe.)
Posted by Stephen at 9:06 PM No comments: 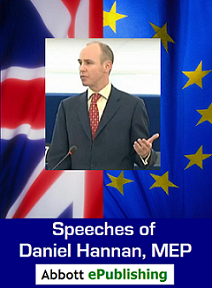