What to do when the economy is still in distress

With the economy still in tatters, starting a side business with a tiny amount of cash is easy and a great way to bring in some extra dough. 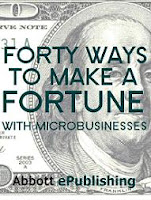 That's why I hope everyone in 2012 starts one of these FORTY Ways to Make a FORTUNE - MicroBusinesses you can start with just your passion and a $1.99 investment in an eBook that offers so much more than a simple list o' jobs that you see online so much these days.


For Europeans, there is even a European version of this incredible jobs guidebook, tailored to your needs.


Check it out exclusively on the Abbott ePublishing site: http://dld.bz/ajWuk
Posted by Stephen at 12:54 PM No comments: 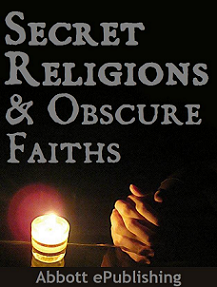 Check it out at http://www.abbottepub.com/secretreligions.html
Posted by Stephen at 10:11 PM No comments: