40 Great Ways To Make Your FORTUNE With A MicroBusiness! [Abbott ePublishing blog] 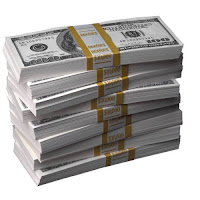 Job satisfaction is at an all-time low. The job market is soft. It's been very hard to find a decent, good paying job.

But there are some jobs that are really, really easy to start, with little cash, and offer the hope of not only being one’s own boss, but being able to make a bit of money in these depressed economic times.

Despite what the economists say, people still need basic services and are willing to pay a reasonable price for them. Sometimes, if marketed correctly, with a high level of personal service, and the price is right, even NON-basic luxury services can "sell" in this economy.

Passion is perhaps the most key element to starting your business. As www.winelibrarytv.com founder and social media guru Gary Vaynerchuk says, "When you build a business around a passion, that's when you really hit it out of the park."

Abbott ePublishing's "Forty Ways to Make a FORTUNE with MicroBusinesses" outlines 40 such “instant” service business ideas that are well-suited to this economy, and are super-easy to set up.

Each of these jobs are simple to start, depending on your level of skill and ability to focus on the start-up with drive, vision and passion.

Check out "Forty Ways..." at Abbott ePublishing today. For just $1.99, you can't go wrong, and you could even be starting a new chapter in your working life TODAY!
Posted by Stephen at 9:00 AM No comments:

Email ThisBlogThis!Share to TwitterShare to FacebookShare to Pinterest
Labels: 40 Ways to Make a FORTUNE with MicroBusinesses, business, eBooks, micro businesses, MicroBusiness, side jobs

Did A Modern-Day #Nostradamus Predict #Trump's Rise (And Fall) In 2009? [Abbott ePublishing blog]

In January, 2010, Abbott ePublishing released an eBook, "The Prophesies of Madame Mary Ordana for the 2010s." Ordana, a mysterious woman of Caribbean extraction, writes over 50 predictions, and does so with great specificity - rare for one who claims to be seeing into the future, since many tend to write in vague stanzas that could be easily interpreted as a "success" later on.

She tackles plane crashes, royal deaths and births, missing children, the rise of new religions and the fall and death of well known ministers. 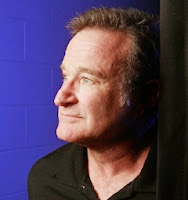 Does this hint at Trump? He has been accused of "using fear" - of illegal immigrants, for example - and has certainly been "attacked by both sides, including many in his own party. He's also been labeled a demagogue. If so, this means he might fail in his bid to reach DC, or to convince Republican congressmen there to join with him in his campaign.

It may also be that this refers to another popular figure - TV personality and author Glenn Beck. His cries of "Freedom" (something Trump rarely addresses) before a statue, and the fact that he is "the one who cries" (Trump has never cried in public, Beck has) may refer to his August 28, 2010 rally before the statue of Lincoln on the National Mall in DC. This "Restoring Honor Rally" was seen by some as an attempt to "reach for the White House" and promote his possible future candidacy, though he made no such allusions, nor did he attempt it. Yet.

Another possible Trump reference may be Stanza 34, which could allude to a trade war with China in early 2017 after Trump is sworn in as president:

While the election of Trump would likely bring "great change," (and his "Make America GREAT Again" seems to be alluded to in this wording) the fact that the new leader is "well read" would tend to discount Trump, who doesn't pretend to be a great reader. The "opposition" winning though would mean the Republicans, if this even refers to the United States. The "old leader" being handed "HIS" head cannot be Hillary Clinton, a woman, though it might be her husband, if he is the subject to numerous attacks from Trump during the campaign.

Read the full version, which costs just $1.49! exclusively on the Abbott ePublishing Website.
Posted by Stephen at 9:00 AM No comments:

Guys, This $1.50 #eBook could be your BEST motivation!

It's BACK!  After a nine-month absence, Abbott ePublishing is reintroducing, by popular demand, the Buck-Fifty Kick in the BUTT! The book that offers real, practical advice for getting the MOST out of your life!

For More go to: Abbott ePublishing's "Buck-Fifty Kick in the Butt"
Posted by Stephen at 9:00 AM No comments: